PrintWithMe is an on-the-go printing solution.  I often call it the RedBox of printing.  It is a small printing kiosk that works specifically through email.  Customers email their documents to a specific email, then confirm their order in a check out page, and instantly watch their prints come out within seconds.

I first learned about PrintWithMe while I was consulting for SafeCharge.  During one of my runs to a location in Wicker Park I ran into an old colleague, Jon Treble, who had just launched this new startup.  On that day they were still in their infant stages, with only a handful of locations operating.  A few weeks later I started to look for my next en devour and reached out to Jon about working to help grow his business.  The timing turned out to work just right as his current operations partner stepped away, and there was room for me to fill the void.

Since then, I was responsible for most day to day field operations, which most often included managing the 33+ locations scattered across Chicago.  In addition, I was involved in many other aspects of the business.  Since we were such a small team, many members had to wear multiple hats.  And since I wanted to see the business grow, I helped where ever I could.

I was tasked with creating an extremely hyper local PPC campaign to drive “Print” related key search terms to specific PrintWithMe locations throughout the city.  A set of over 150 keyword groups was created, along with 10 unique Ads, to generate customers away from competitors like FedEx Kinko’s and UPS. 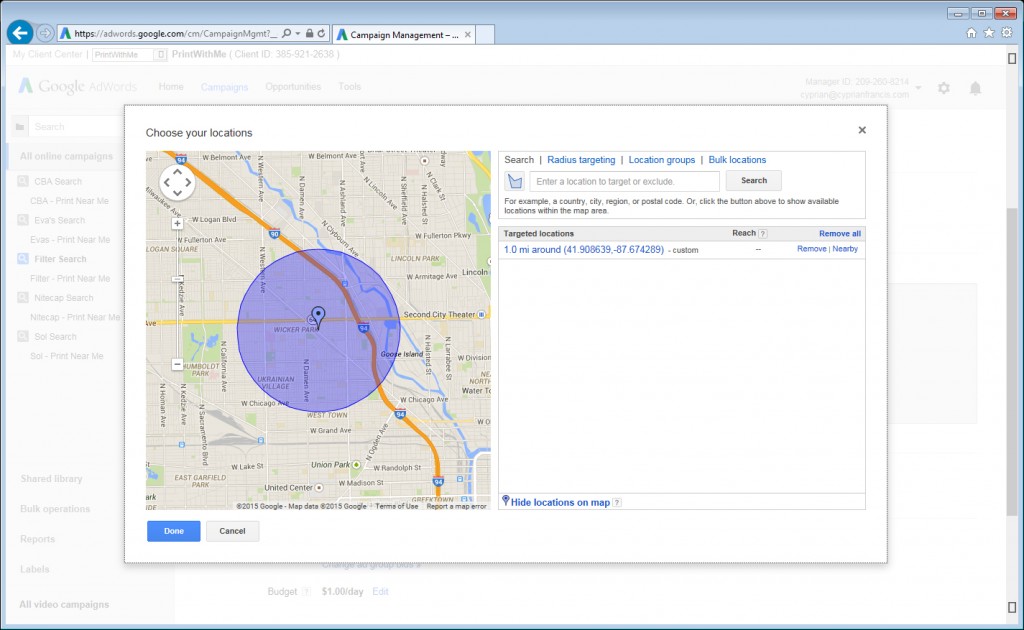 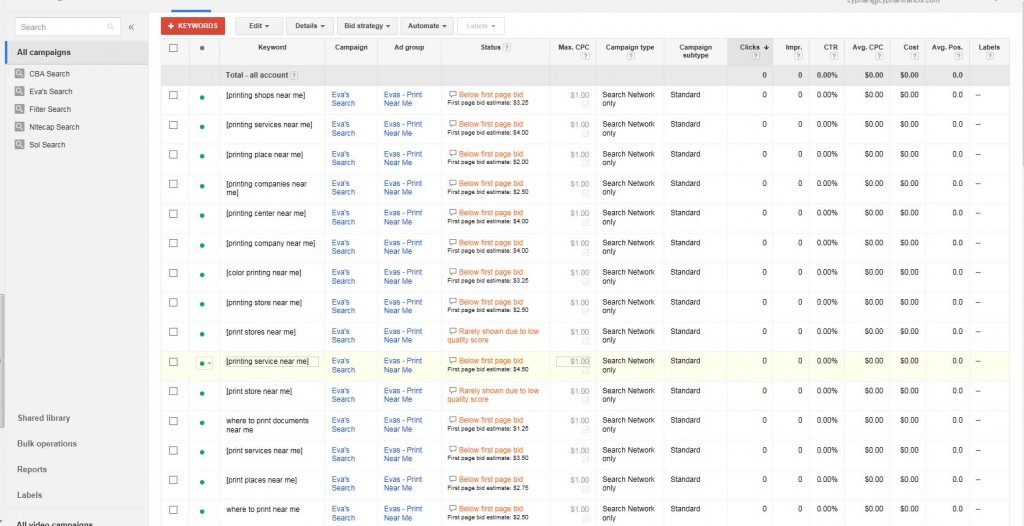 One of the projects I was tasked with assisting on was the roll out of the 711 Pilot Program, where we designed a new printer holder, specifically customized to draw in store attention in conjunction with 711 brand standards.  In addition, as the Operations Manager it was my job to see the units finished, delivered, installed, and maintained throughout the 6 month pilot. 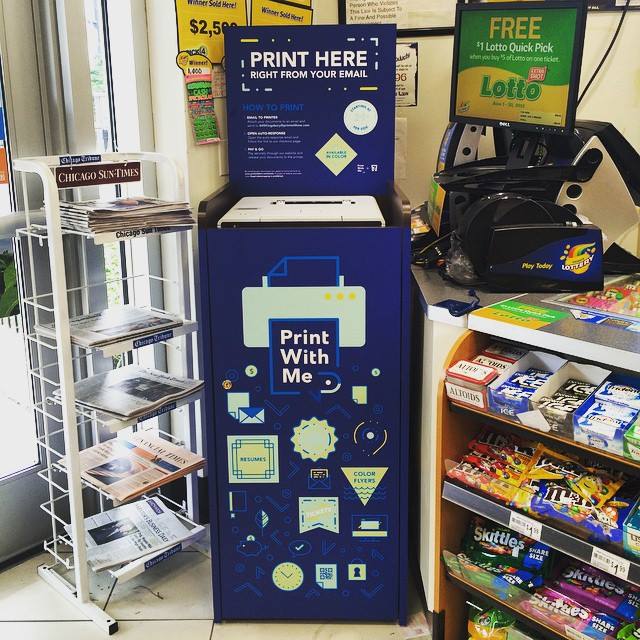