My relationship with Power Tower was very interesting over time.  I initially joined the team after seeing a similar product in New York.  I remember sitting at a bar in New York and being able to charge my phone. I thought why don’t we have something like this in Chicago.  And then two weeks later, I was at the annual IEG Conference where I met the founders.  I was interested in the product, and thought the entire concept had a lot of potential.  This was the initial concept I presented when pitching my idea.

When I first came on board the majority of business was being generate through outbound sales, primarily through tradeshow exposure.  After analyzing the industry, I was happy to see room to dominate the space online.  My goal was to make Power Tower the #1 cell phone charging station manufacturer.  And to a certain extent, it was, at least online.

My scope of work varied greatly from week to week, depending on the project at hand.  I built the website, managed content, sold, and managed operations, often serving as a COO/CMO hybrid.  The company grew over 500% due to many of my implementations.

My first goal when arriving to Power Tower was to create a marketing platform that would generate leads.  After researching the industry, I noticed that there was room to make a significant impact.  At the time there were maybe 4-5 other companies in the US who were selling a similar product.  The business had a website, but it was not flattering and did not help the distinguishing itself from other similar companies. 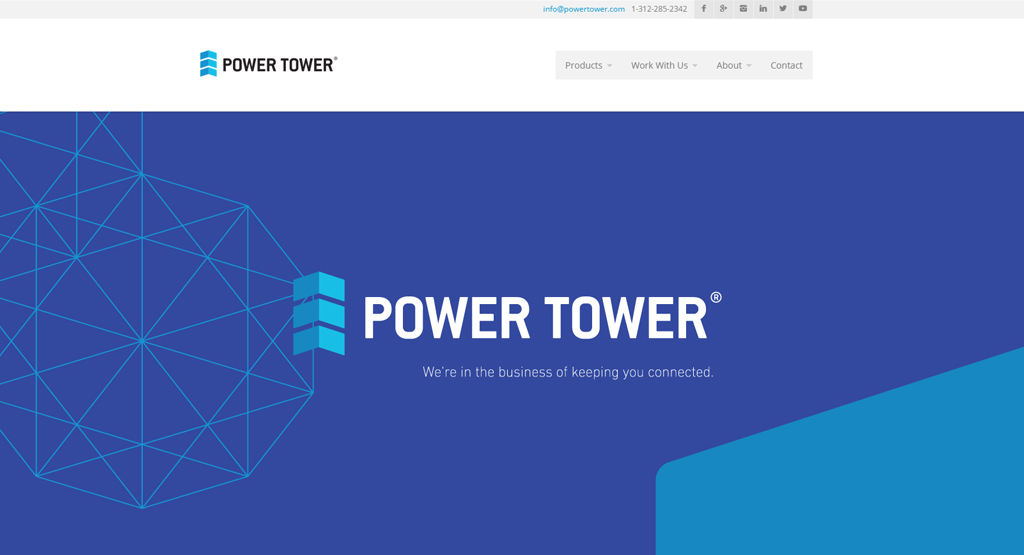 Here is a quick overview of the web design work I was responsible for.

Part of the rebranding efforts for Power Tower included reorganizing all of their social media accounts.  The content strategy was to show as many people and brands as possible interacting with the stations.  Here is a more detailed discussion on the work completed.

My main objective behind many of the videos I created was to show the product off and show how much usage it received.  In addition, when working with notable brands, I wanted to let prospective clients see the clientele base was the most elite in the world.