One of the most exciting deals I had the opportunity of working on during my time with Power Tower was a pilot program with McDonald’s New York.  They were preparing to be a major sponsor for the 2014 Super Bowl, which was being held in New York.  And they wanted to create a reason to drive the added local traffic to their locations.  A representative from one of their PR agencies came across our website, and a conversation was started.  A conversation that lasted a few weeks.  What we ultimately agreed to was a monthly rental of 5 Classic units that would be strategically placed in the heart of Manhattan, surrounding the Super Bowl fan zone that was created for the world renown event. 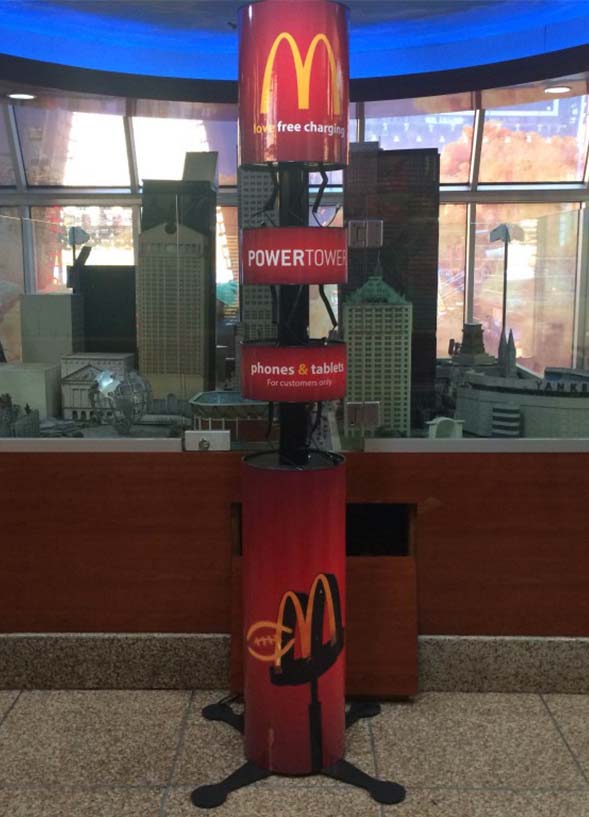 In addition to closing the deal in Chicago, it was my responsibility to fly to New York to ensure the successful installation of 5 charging stations, deep in the heart of the Big Apple. Working with local delivery staff, we were able to get the units installed in less than 6 hours.  Which is pretty short for Time Square installs.

To capture the moment, for future marketing use, I walked between the 5 locations and captured footage of people using the stations.  The plan was to use this as a case study for future endeavors.  With the great footage I captured, a short script I recorded, and some stock footage, I was able to put this promotional video together.  This ran on the home page of the website for a few months, and essentially helped generate tons of new business.