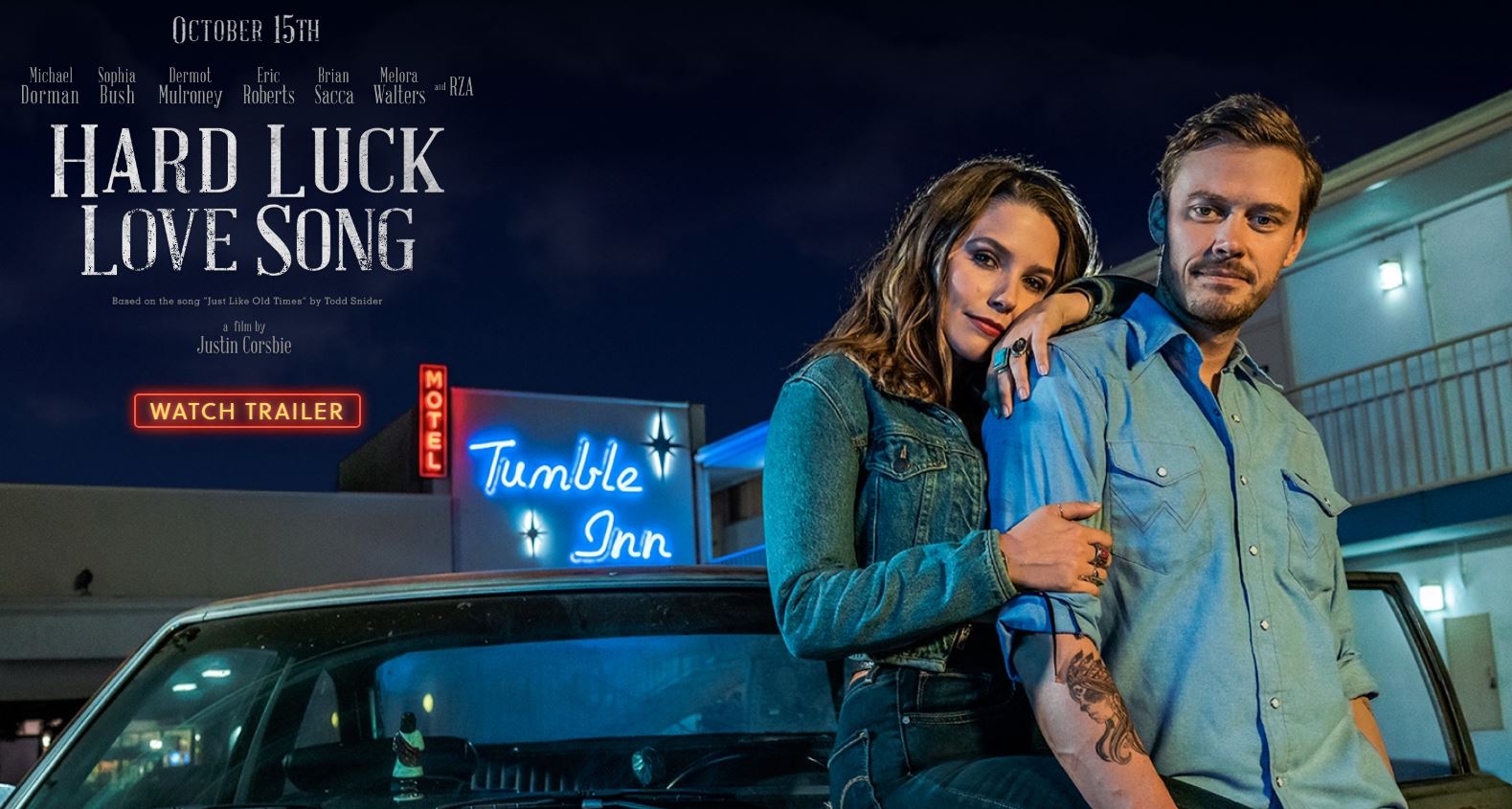 Hard Luck Love Song is writer/director Justin Corsbie’s feature debut. The story follows Jesse (Michael Dorman), a charismatic but down on his luck troubadour who finds himself at an existential crossroads as bad choices catch up with him during an unexpected reunion with Carla (Sophia Bush), an old flame. The script is based on the song “Just Like Old Times” by acclaimed Americana singer/songwriter Todd Snider. The talented ensemble cast also features Dermot Mulroney, Brian Sacca, Melora Walters, Academy Award nominated Eric Roberts, and hip-hop icon RZA. At its core, the film is a crime thriller wrapped in a modern day love story wrapped in a gritty, compelling character study.

Hard Luck Love Song was a full scale film marketing release, firt taking place at 100+ movie theaters across the country, then followed up a digital campaign.  The greatest challenge here was finding creative ways to use advertising clips for paid media, primarely to the excessive use of alcohol and cigarettes.

Bringing a film to life has many components. Together with a variety of team members, we were able to successfully launch an indie film release, and subsequently TVO and SVOD Campaigns.