Dead Land is an 8 part zombie documentary anthology series.  Set in a world torn apart by the undead, then put back together by the survivors, this series tells the stories of individuals and events in the time leading up to, during and after the collapse of civilization as we know it.  The film is created by my good friend Sam Gostnell, who is a rising director here in LA.  I came onto the project to help facilitate its organization into a pitched series.  And so part of that was creating a brand for the concept, which came in the form of a website, custom social media handles, and a pitch deck.

Because this project was a short film, and initially did not the luxurious add-ons some like many of the complete websites I’ve worked on had, the site I created is a very simple one pager with the film poster, summary, links to relevant social media content, and a few photos from behind the scenes.  The sit is however tagged correctly with both Google and Facebook to build engaged audiences that can be used in the future. 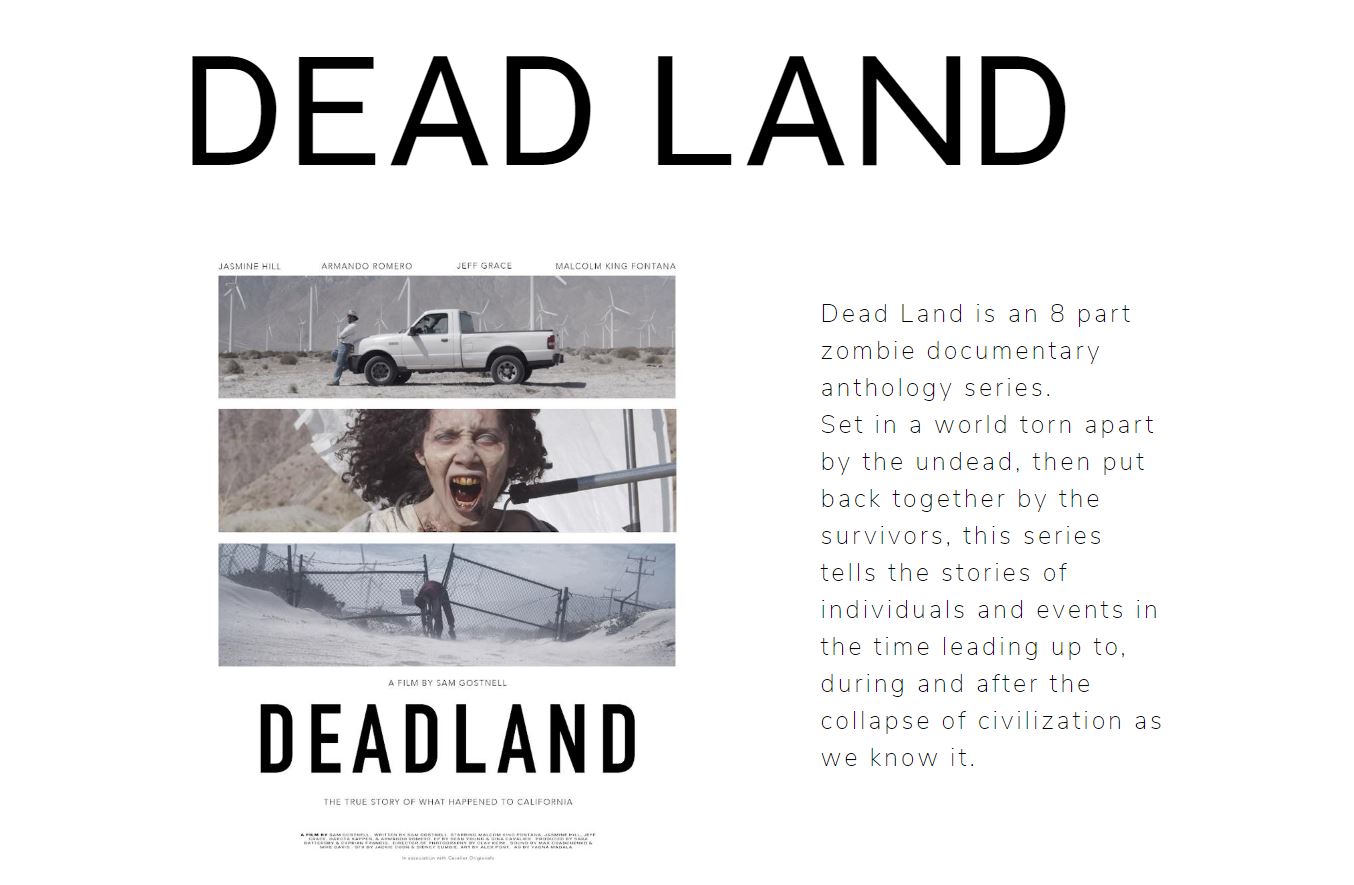