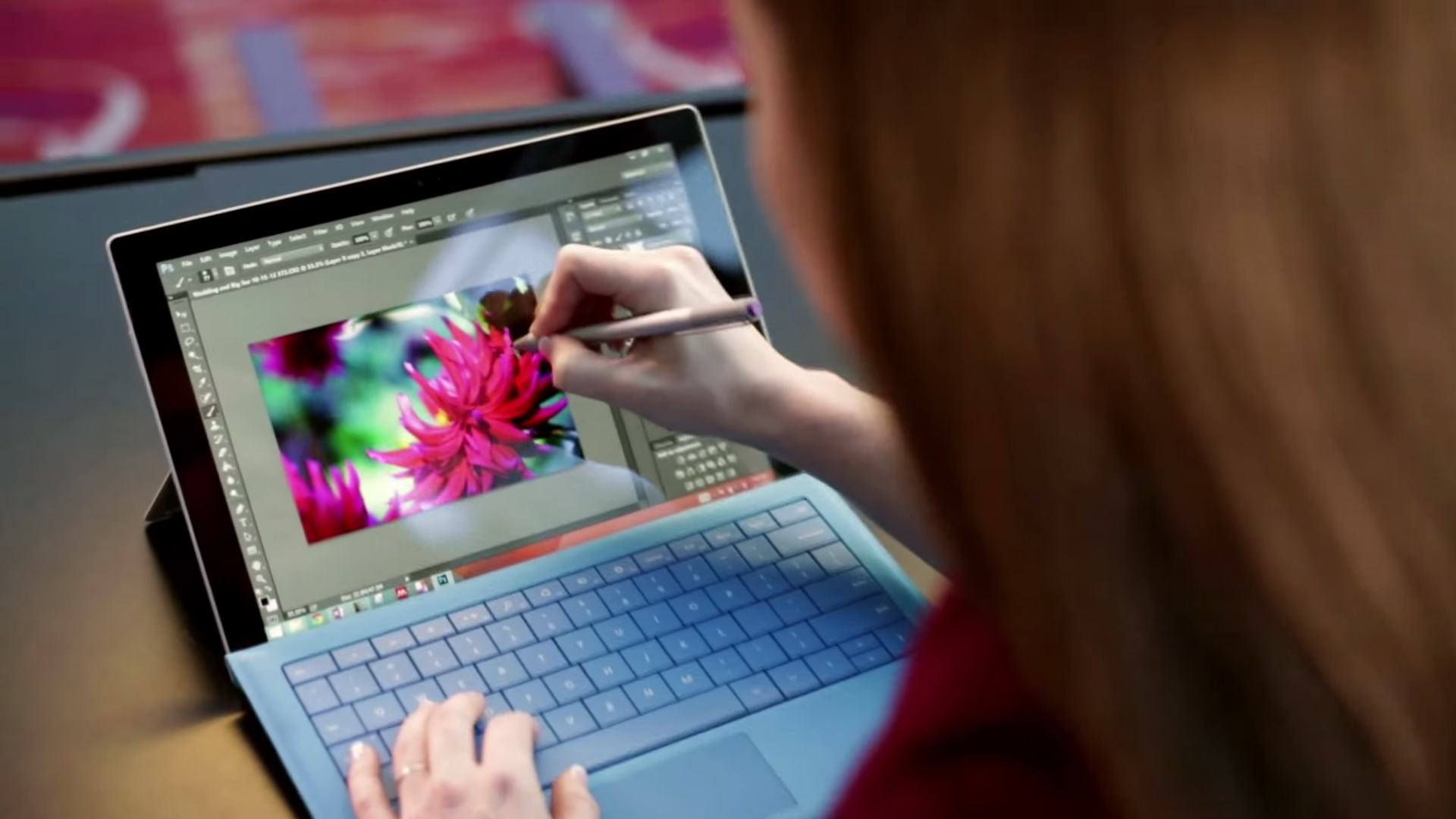 Microsoft has already cracked the professional and creative markets with inventive tablets and a desktop that turns into a virtual drafting table, most notably their Surface model. Now it’s chasing another category many believe is Apple‘s to lose: the $1,000 laptop for everyone.

Microsoft, a company once derided for buggy software, unstable hardware and indifferent design, debuted the Surface Laptop on Tuesday. The machine boots up in seconds, has a touch screen and gets a claimed 14 hours of battery life (two better than Apple’s MacBook Air). Weighing in at 2.76 pounds, about a quarter-pound less than the Air, the Surface Laptop boasts a 13.5-inch screen and is one of the thinnest and lightest products in its class.

Microsoft is targeting the education market-and even threw laptops inside backpacks stuffed with textbooks, notepads and keys to simulate college-kid wear-and-tear. Yet the Surface Laptop’s affordable price, portability and features could appeal to a far broader audience-including Mac loyalists.

During a tour at Microsoft’s sprawling Redmond, Washington, headquarters last month, the Surface team showed off the $999 machine’s evolution, starting from the first prototype-little more than a mashup of parts from older Microsoft devices-to the finished product. The engineers and designers spent two years working on the machine, creating multiple prototypes and inviting partners like Intel to set up shop right on campus.

The team’s pride was evident. After years of struggling to crack the hardware market, they were finally building products they themselves would use. “This product is a reflection of our learnings since we started this team,” said Panos Panay, who oversees Surface-brand hardware and has been around long enough to have experienced first-hand the early flops and later successes.

Microsoft set out to make a laptop with better-than-average battery life because students said they wanted a device that would last through a long day of classes. The trick was to design a machine with a bigger battery that was still slim and light. Panay’s team adhered to a “fail-fast” philosophy that emphasized constant experimentation.

Fancy prototyping machines were capable of spitting out mockups 24 hours a day; the prototypes were delivered to individual designers, allowing them to constantly refine the design. Working with Intel, the team shrank the motherboard, the circuit board containing a computer’s main components, to provide space for the bigger battery. Intel also helped Microsoft make the machine run cooler.

In an effort to make the surface around the keyboard more pleasing to the eye and touch, designers used Alcantara, a synthetic microfiber that’s more durable than the suede it mimics. The team brought in dozens of giant rolls of fabric and spent six months choosing colors, from a dark burgundy to a platinum hue. Microsoft already uses Alcantara in the covers of its tablets, but that didn’t stop the team from taking a field trip to a BMW dealership to see how the material worked as upholstery. Microsoft chose Alcantara, Panay said, because “it gets rid of that cold, sterile feeling.”

The designers couldn’t poke holes in the Alcantara for the speakers so they figured out a way to transmit sound via gaps in the keyboard. The audio was tested in one of many “anechoic” chambers, rooms that don’t let sound in or out. The finished laptop, milled from a slab of custom aluminum alloy, has no screws or holes, save for a pair of microphones to converse with Cortana, Microsoft’s voice assistant.

With its hardware and software teams working together, Microsoft created a new version of its operating system, called Windows 10 S, that’s tailored to the laptop. Terry Myerson, who runs both groups, said inspiration for the “S” came from the auto industry, which often uses the letter to flag sporty, high-performance models. The new OS is designed to prevent the computer from slowing down over time and remaining predictable even if under assault from malware-a selling point long touted by Apple’s iOS. (Other manufacturers will install Windows 10 S into their own machines, giving Microsoft a way to compete with cheap machines running Google’s Chrome OS.

I’ve always been a fan of Microsoft. When you edit, and design, it’s always been easier to add software, etc. But don’t get me wrong, I love my Apple MacBook too, it’s lasted me a solid 7 years. I’m just glad these software companies are starting to lower prices and make technology more affordable for everyone.