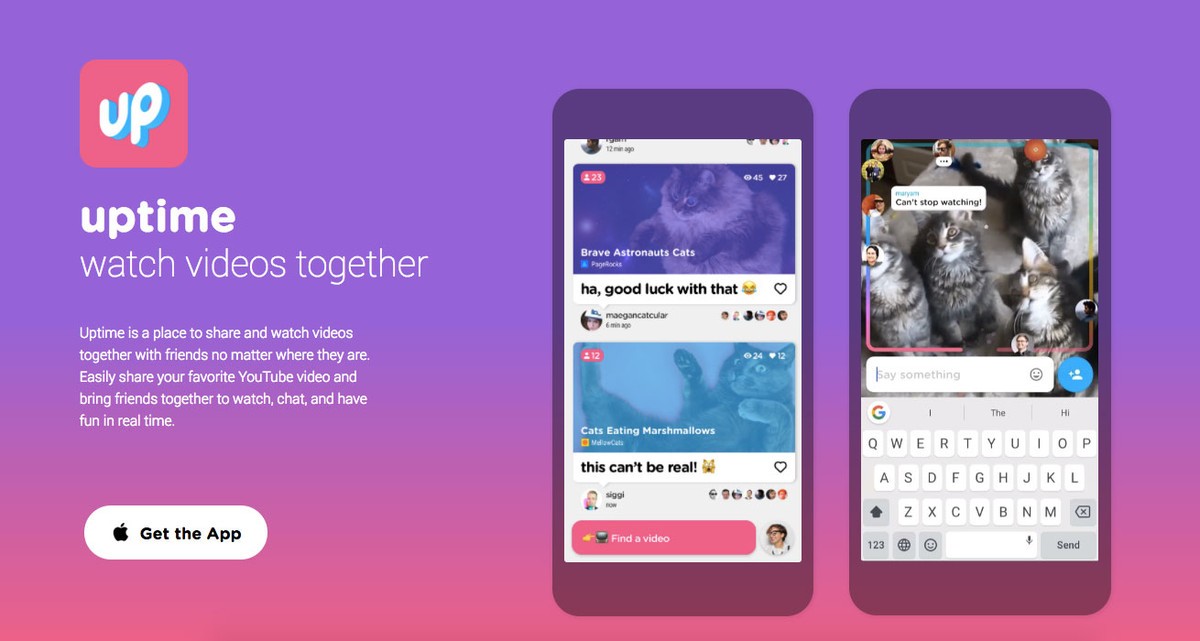 A team from Google’s internal inubator, Area 120, has launched a new app called Uptime.  The app allows you to watch videos together with friends.  The app is initially available only for iOS devices, and it feels very different from the standard YouTube experience.  It has a youthful, lively design and includes “reaction” features inspired by live-streaming services such as Twitter’s Periscope and Facebook Live.

When you’re watching a video, your profile icon floats across the screen, and you can comment on the video or post emoji like the smiley face, surprised face, heart eyes, angry face, etc. These reactions will be displayed to anyone who watches the video, even if they’re watching at a later time. However, you also can tap on the screen to leave “sparkles” on the video itself, and these are only shown to those you’re watching with in real time. 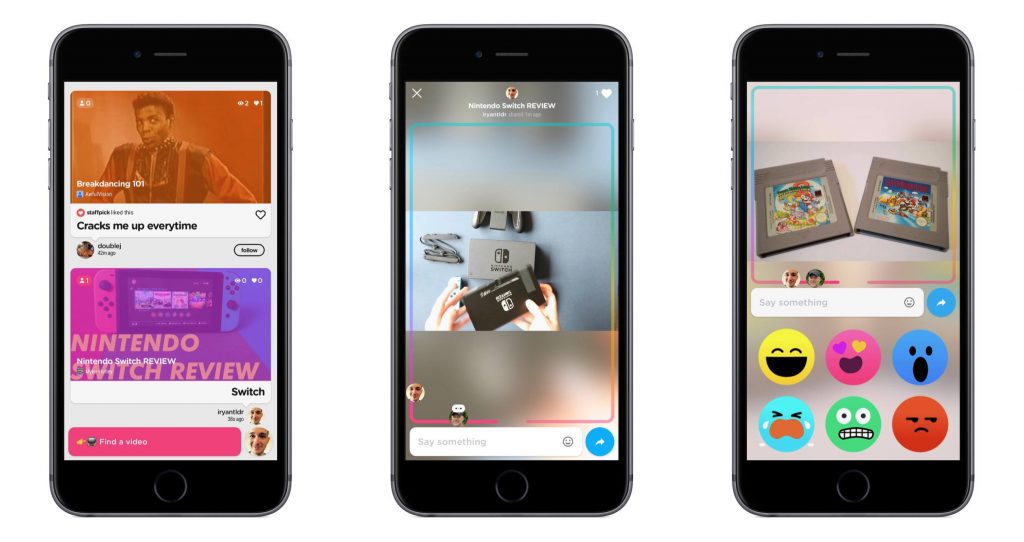 You can search and share video clips from YouTube to the app to Uptime, making it discoverable by others. A checkbox lets you also notify your friends on the service when you post. Right now, you may not have too many friends using the app, and there isn’t an address book sync feature or ability to import from other social networks — you can only send invites to friends.

To be clear, the app is also about public sharing, not private messaging. YouTube itself only recently added an in-app messaging feature to its mobile application, which lets you share videos and your comments on them with friends without having to switch to another messaging client or SMS. Uptime is not designed for this private sharing, but is instead a different take on the more public socializing that takes place around video content.

Much of the content in the app has been provided by its creators — these “StaffPick” likes today fill the app’s feed. The picks include a range of content, from cat videos to TV show clips to funny videos and others that make sense for co-watching.

What Uptime is still lacking, though, is the ability to filter the community’s shares, so you can find videos by genre, as well as a search box to discover those that have already been shared to the network. There’s also no way to tap at the top of the screen to scroll back up to the top — a common iOS gesture, which is a little disconcerting. This could be by design, as the app is meant for just continuous scrolling and not a feed where you’re supposed to see all the entries.

It also doesn’t support live streaming, but this and other features could be added if its creators continue its development and experiment with different types of content.

Uptime is currently in invite-only mode, but the invite code “pizza” gets you in. DOWNLOAD IT HERE.  Also, here’s a short video that shows off the features a bit more.