Volkswagen is Resurrecting the Microbus with New Electric Version 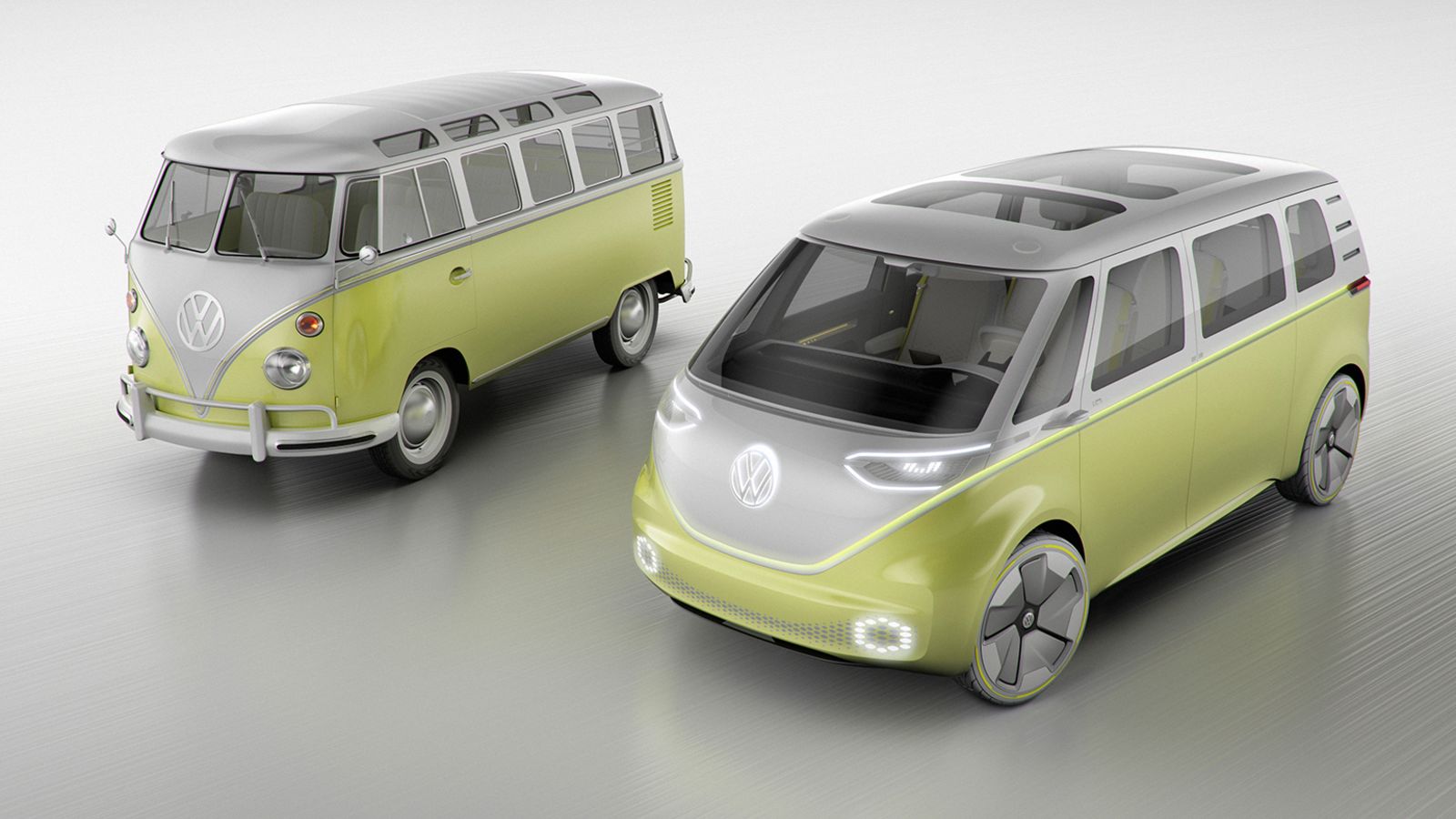 VW announced today that it would hop in a time machine, travel to the 1960s, and bring back the microbus in a new, electric version, dubbed the I.D. Buzz.

VW first unveiled the new van as a concept vehicle early this year, but it was unclear at the time if the company had its sights on reviving the model.

The van — expected to be available in North America, Europe, and China starting in 2022 — is designed as a “perfect balance” between usability and the past, appealing to “Hippies and families in the Sixties or Surfer Dudes and Van Lifers today.”

It is also designed to haul both people and freight. With batteries mounted in the vehicle floor, the I.D. Buzz comes with a spacious interior and great proportions, the company says.

Additionally, VW says it will offer a commercial version of the van, dubbed the I.D. Buzz Cargo, to complete zero-emission deliveries.


VW first introduced the world to the van — known as the Type 2, Transporter, Kombi, or Microbus — in 1950.

Over the years, VW launched different versions of the van, many taking on drastically different looks than the traditional Type 2 that calls back to the 60s.

These vehicles were discontinued over time.  But they do look iconic, don’t they?