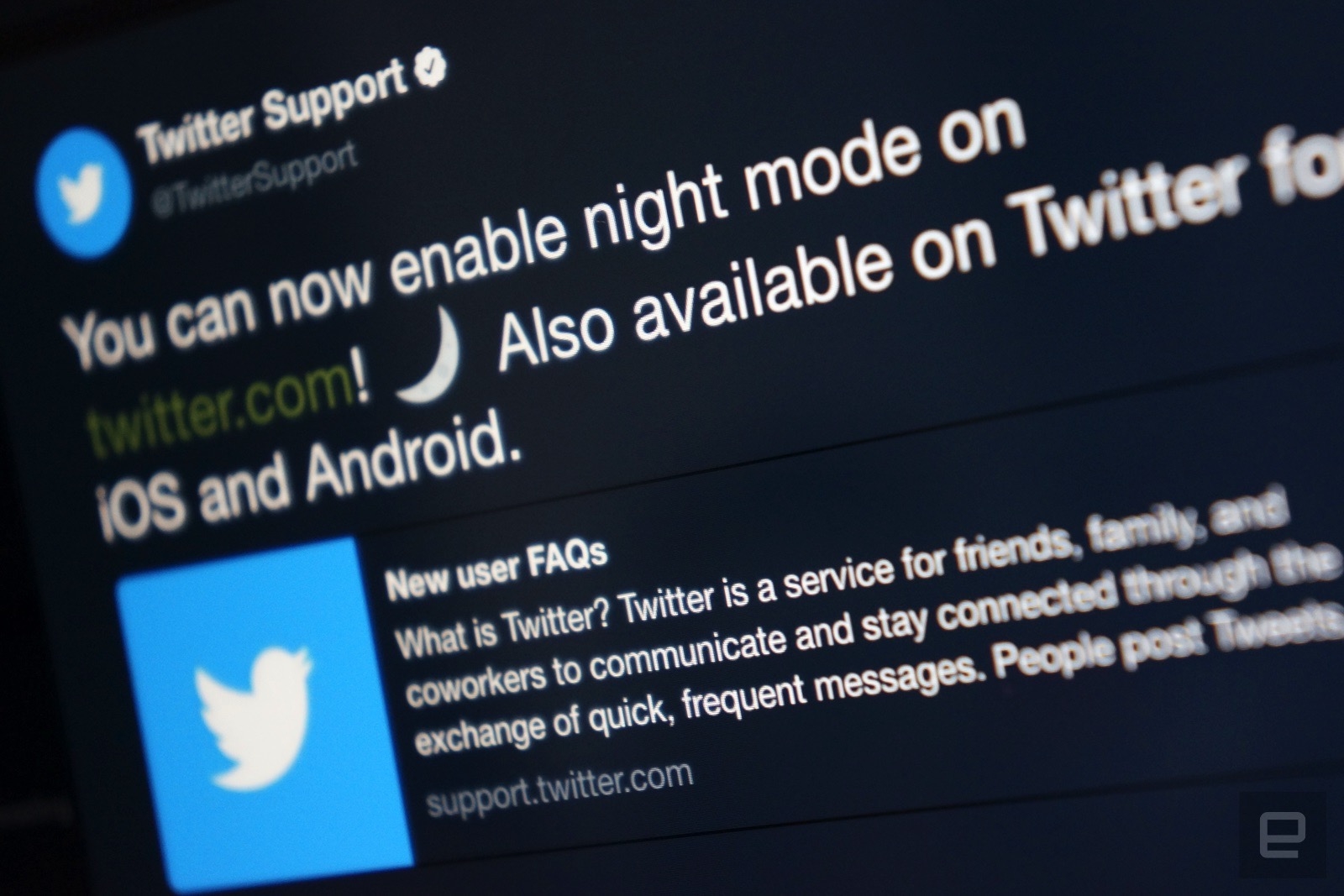 Twitter today rolled out Night Mode for its desktop site. We’ve known it was coming since a Twitter spokesperson confirmed it was testing the feature last month, but now it seems to be rolling out more widely.

You can now enable night mode on https://t.co/fuPJa3nVky! 🌙 Also available on Twitter for iOS and Android. https://t.co/9AjOwcv3Zn

To access Night Mode on desktop, click your profile image on the top right corner of the screen, and go down to the bottom of the drop-down menu. The Night Mode option has a crescent moon icon next to it, just in case the name wasn’t enough of a giveaway. 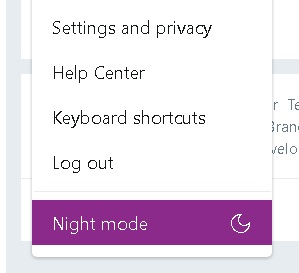 The feature was previously available only to a small group — we assume the night-dwelling vampires for whom Night Mode would be most beneficial. Not that I’m throwing stones — I’ve discovered that Night Mode brings a certain gravity to even the most frivolous tweets.

Night Mode has been available for Twitter’s iOS and Android apps since last year. There are still some users who don’t seem to have it, though, so it’s possible the roll-out will be staggered over the next couple of days. We’ve contacted Twitter for clarification and will update if we receive any.