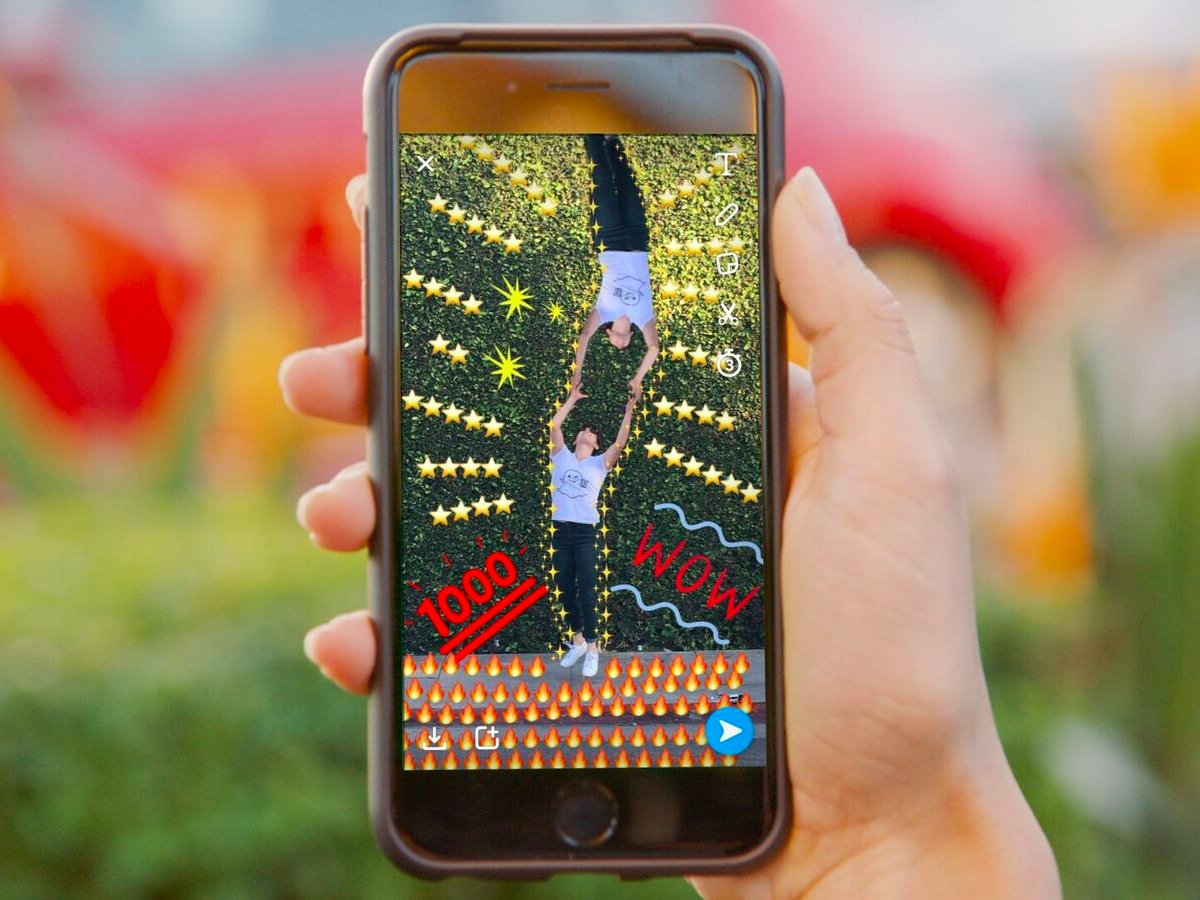 Ahead of it’s earnings today, Snapchat released a series of rather interesting updates to their highly popular social media app, several of which mimic Instagram’s features, including the option to remove the 10-second time limit on viewing photos that still disappear once closed. But Snapchat’s new option to let users erase real-world objects from their photos shows it’s still pioneering the visual communication format.

As Snap adds more creative tools, it’s now organizing them all down the right side of the screen for easy access.

Limitless Snaps – Now you can select the infinity icon in the Snap photo timer so friends can look at the Snap as long as they want. It will still disappear once closed, though. This could be useful for sharing important information like an address via photo. Instagram already allows limitless viewing of ephemeral Stories and Direct Messages.

Looping Videos – You can tap the looping icon on the right side of the Snap composer to make your videos loop over and over, which is great for short videos or highlighting a particular moment. This gives Snap an animated GIF-style feature to compete with Instagram’s Boomerang. 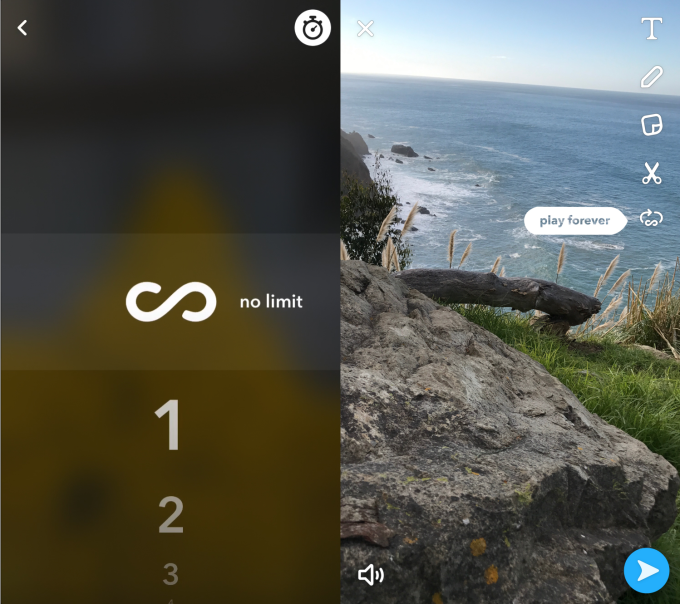 Draw with Emoji – You can now use an emoji as a drawing brush. Select one from the creative tools on the right, and instead of a pen tip’s color, you’ll see a trail of that emoji as you draw. This takes the pain out of drawing with emojis by sticking them on one by one. Instagram actually tried something similar back in December with its Candy Cane holiday brush, but currently only offers more traditional marker, highlighter and neon brushes.

Magic Eraser – You can now select and remove objects from your Snaps, blurring their surrounding to cover the empty spot. Just select the Magic Eraser icon, paint over the object you want removed, and Snap will “Photoshop” it out automatically.

Now the question is how long til Instagram offers a Magic Eraser and emoji brush of its own. My guess is not very long. Zuckerberg and company are usually on top of their game.