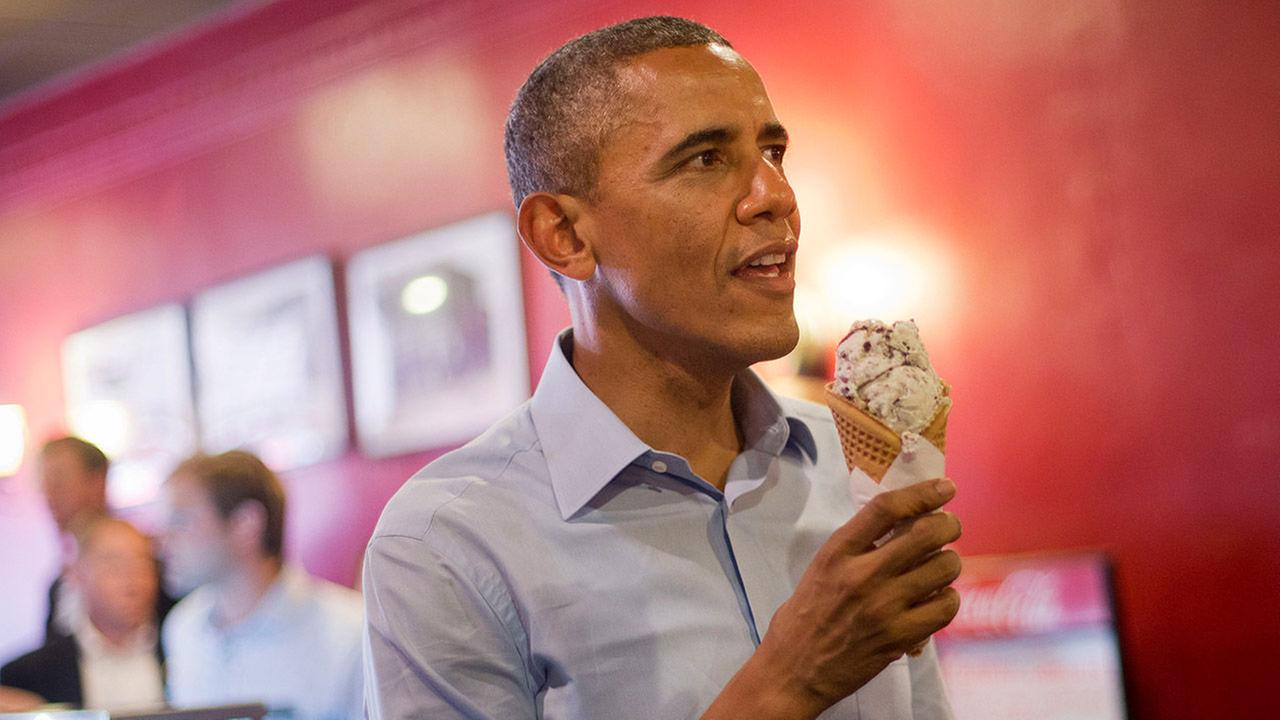 He wants the same experience for other teenagers, particularly those without resources, and is launching a summer opportunities project to help young people land a first job that can teach them similar lessons and help send them down the right path.

The private sector, all levels of government, community groups and schools have pledged to help teenagers get their first jobs this summer.

“Scooping ice cream is tougher than it looks,” Obama said Thursday in an essay on the LinkedIn professional networking site. “Rows and rows of rock-hard ice cream can be brutal on the wrists. … I was less interested in what the job meant for my future and more concerned about what it meant for my jump shot.”

The job at a Baskin-Robbins in Honolulu “wasn’t exactly glamorous, but it taught me some valuable lessons,” Obama wrote. “Responsibility. Hard work. Balancing a job with friends, family and school.”

LinkedIn has pledged to connect millions of small- and medium-sized business leaders with organizations that help young people.

The Department of Labor and the Corporation for National and Community Service together have committed $35 million to the effort.

Cities, including Los Angeles, Seattle and Charlotte, North Carolina, have promised to help thousands of teenagers.

Obama said landing that first job is already difficult, but even harder for the 1 in 7 Americans between the ages of 16 and 24 who aren’t in school or are unemployed. The new summer jobs initiative seeks to further the goals of Obama’s “My Brother’s Keeper” program to help boys and young men of color.

As unglamorous as scooping ice cream was, Obama said it gave him a chance to contribute to his community.

“And while I may have lost my taste for ice cream after one too many free scoops, I’ll never forget that job, or the people who gave me that opportunity, and how they helped me get to where I am today,” he said.

Have something to add to this story? Share it in the comments.