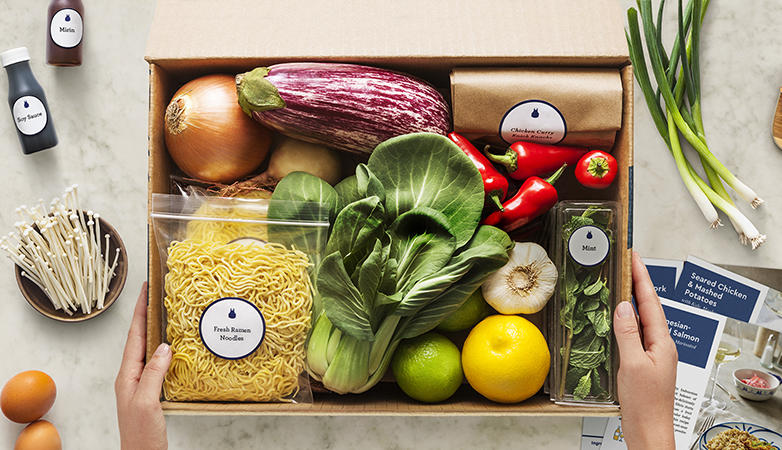 Blue Apron, one of the country’s first and most visible meal-kit delivery services, filed an IPO this week, seeking to raise an undisclosed amount — the documents lists $100 million as a placeholder, but that number will likely change, according to Bloomberg. The company, which was founded in New York City in 2012, is now valued at $2 billion. It will be the first meal kit delivery start-up to go public.

In its 170-page Security and Exchange Commission filing, Blue Apron dropped a few hints at what’s to come for the brand. New products and offerings make it sound like subscribers will have more flexibility in their plans: touted are changes like “the ability to select greater or fewer recipes per order” and “the ability to choose from a greater number of recipes each week.” Currently, subscribers can choose from six recipes per week, receiving a mandated three different meals; there are no details about the projected timeline for any changes.

The company also said it’s set up to deliver to almost every doorstep in the U.S., with “a ground-based delivery network comprised of several third-party partners capable of delivering to geographies covering over 99% of the U.S. population.”

But based on its filing, the company that wants “to build a better food system,” according to their mission, appears to be on somewhat shaky ground. Marketing costs are eating up its profits, and its customers appear to be spending less on each order.

Here are some interesting excerpts pulled from the SEC paperwork: