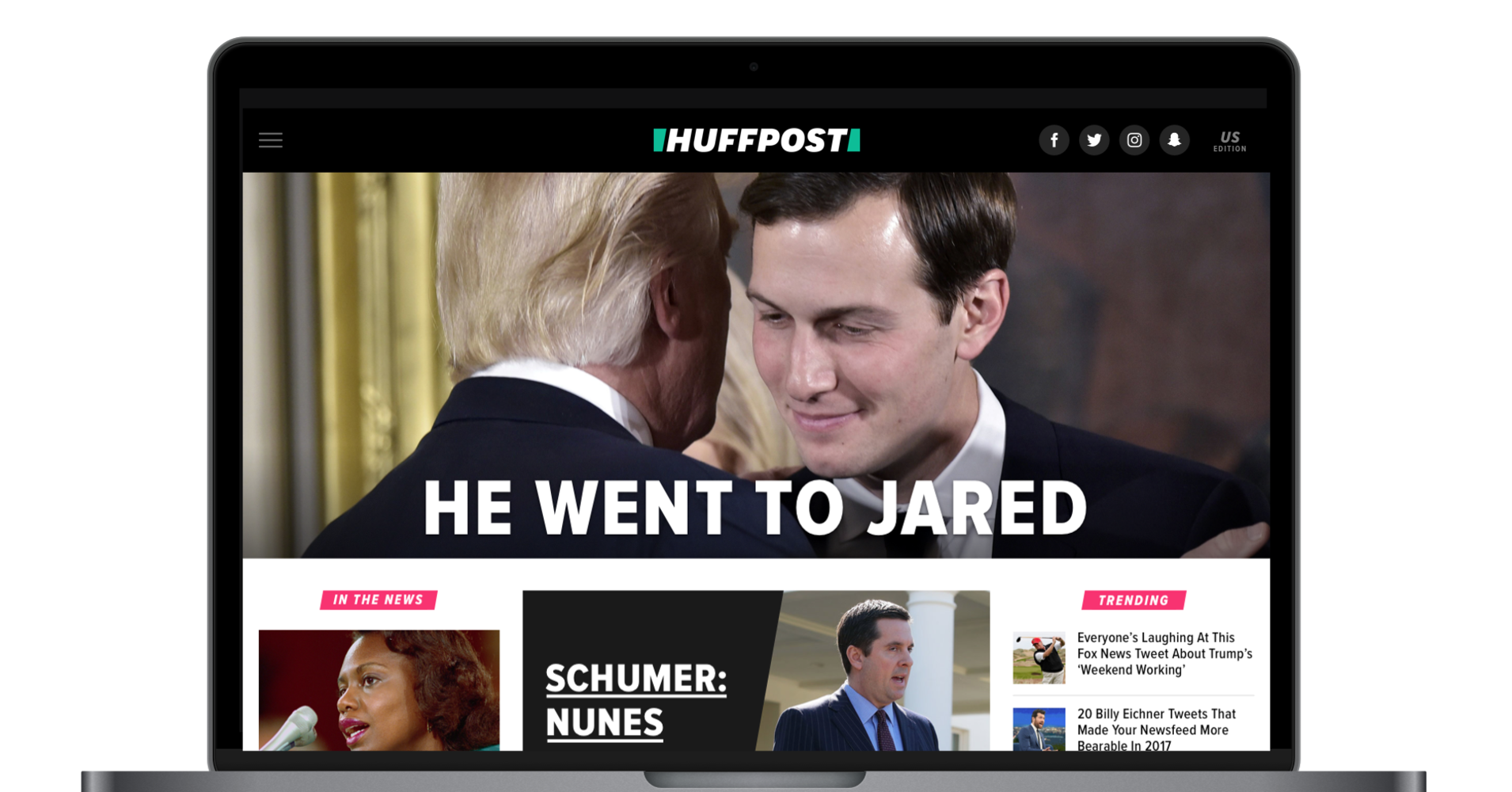 Overhauling itself to keep up with the changing times, The Huffington Post has undergone a total redesign, complete with a splashy new home page, a “bold, splashy style,” splashy new “splash cards” for stories that are designed to have an “almost meme-like quality,” and a splashy-splash new splash-name. Say goodbye to The Huffington Post, musty, multisyllabic relic of a stodgier age, and welcome the almost meme-like reign of HuffPost.

In a letter announcing the site’s new look and direction, the company said.

“Facts and truth are basic elements of the news. But they alone are not enough. Emotion, humor and empathy are also essential ingredients of journalism that helps you know what’s real. It’s no wonder so many people these days get their news from comedy shows.”

As such, HuffPost will be “serving up the news with a sense of humor, outrage and empathy.” It’ll be a blog of the people—funnier, angrier, shorter, like a muckraking Danny DeVito. It’s not for nothing that the site’s new name literally translates as “A Fit Of Petty Annoyance Post,” although now these SnitPosts will be delivered on behalf of everyone, even those “who think it doesn’t tell stories for people like them.” That was The Huffington Post, a haughty, gilded name befitting the periodicals perused in leather chairs by harrumphing robber barons! This is HuffPost, a brawler’s dirty-knuckled news-punch to the gut!

Reflecting its goal to become stronger and stabbier, HuffPost has also ditched its old “H” Scrabble tile of a logo in favor of a bolder, splashier, slightly askew white line. HuffPost’s editors say they agonized over how best to honor the site’s future and past, before the creative strategy firm Work-Order presented them with some crooked slashes on a green square—something they believe “point us forward, but are also reminiscent of the slashes in URLs,” which HuffPost has proudly used since the very beginning.