How To Use The New Uber Tipping Feature 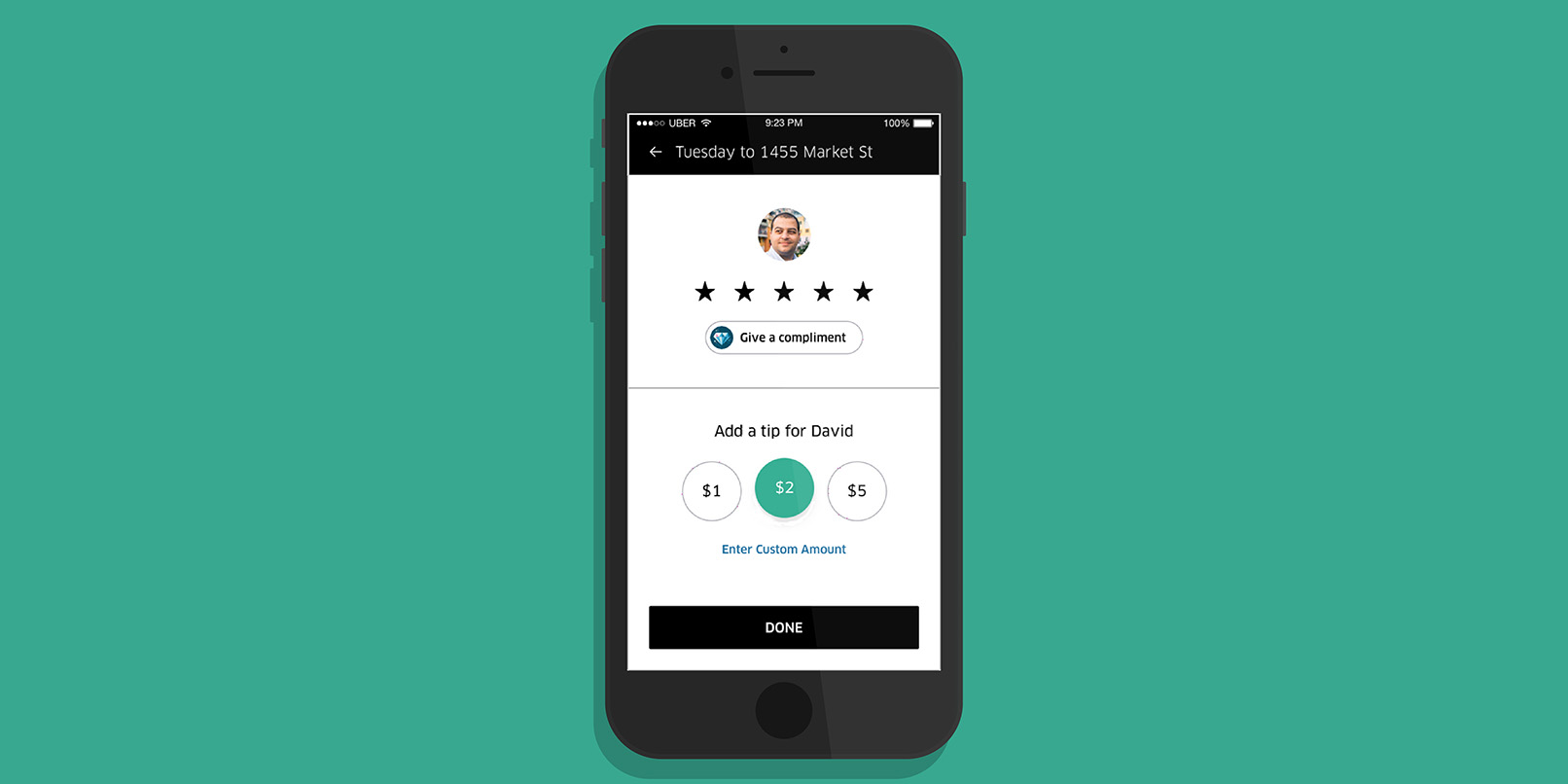 If you want to give your Uber driver a few extra bucks to say thanks, you can finally do it directly from the Uber app in many major cities.

On Thursday July 6th, the new wave taxi service is rolling out in-app tipping to 100 cities and metropolitan areas in the US and Canada, including some of its biggest markets, like New York City, San Francisco, and Los Angeles.

You don’t have to tip your driver. Uber says, “tipping is neither expected nor required.”

Despite requests from drivers, Uber had held off on including tipping in its app for six years. But it changed course in June when Uber, added it as an option for riders in three market. The company plans to roll out tipping to all the US markets it operates in by July 31.

Here’s a brief breakdown of how it will work:

You can only tip your driver at the end of your trip — much like you would if you’re giving them cash. 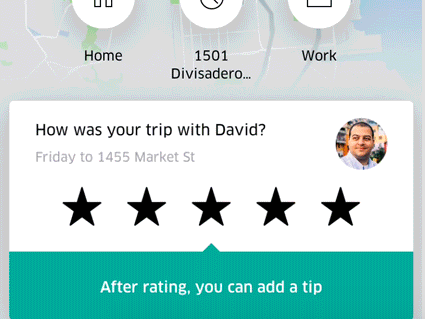 Make sure you have the most up-to-date version of the Uber app.

After you rate your driver, you’ll have the option to add a compliment and a few bucks for a tip.

Note: If you don’t want to rate your driver, you can bypass that step by tipping directly from the email receipt Uber sends you when your trip is done.

You can choose from pre-set amounts. 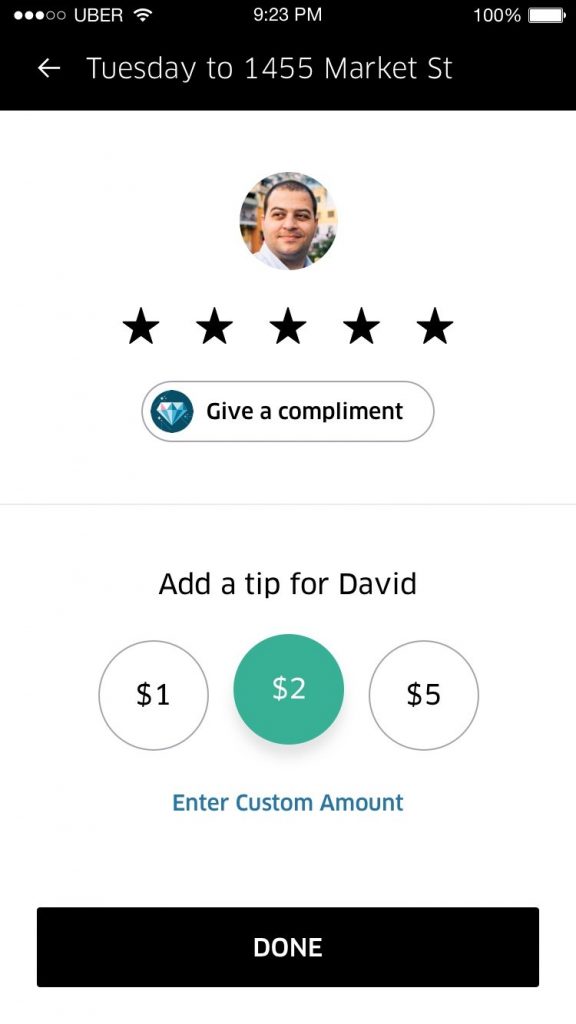 Or hit the “Enter Custom Amount” to give a larger or smaller tip.

Note: If you’re splitting a fare with friends, only the person who originally requested the ride will have the option to tip.

When you’re ready, you just hit done and the money will go straight to your driver — Uber doesn’t take any part of it.

Tipping your Uber driver is optional, but it’s easier than ever to add a few extra bucks for a good ride. 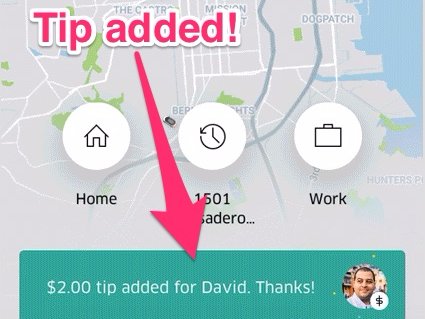 If you forget to add a tip right after you rate your driver or decide to add one later, don’t worry. Riders have 30 days to add a tip either by going through their ride history in the Uber app or via the trip receipts they get in their email.