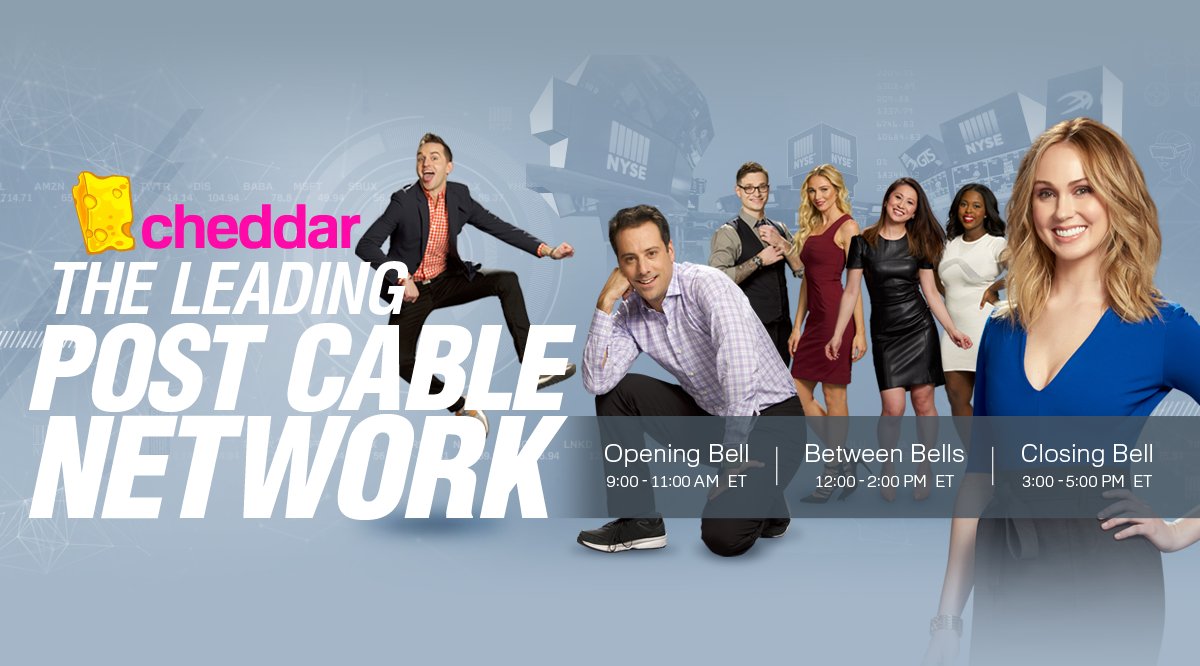 Cheddar, which bills itself as a “post-cable” financial news network for millennials, announced $19 million in third-round of financing led by Raine Ventures, along with strategic investors including AT&T, Amazon, Altice USA, the New York Stock Exchange, and Lorne Michaels’ Broadway Video.

With this round, the New York-based company has raised $32.1 million to date, with a valuation of $85 million. Cheddar’s existing investors — Comcast Ventures, Lightspeed Venture Partners and Ribbit Capital — also participated in the Series C round. Gordon Rubenstein, managing partner of Raine Ventures, has joined Cheddar’s board.

Cheddar claims to reach an audience of more than 1 million live viewers daily, through distribution on Twitter, Dish Network’s Sling TV, Amazon Channels, Pluto TV, Vimeo, Facebook and its own apps. It also sells premium subscriptions to its live and on-demand content priced at $2.99 per month or $29.99 per year.

The company has marketing deals and sponsored shows with clients including Fidelity Investments, HP, Dunkin’ Donuts, and Ally, and has launched an MBA program with Strayer University.

Cheddar broadcasts live eight hours a day from the New York Stock Exchange’s trading floor and the corner of the Flatiron Building in the Sprint Store in Manhattan; the White House lawn and briefing room in Washington, D.C.; and at locations across the world. In the third quarter of 2017, the company plans to begin broadcasting from Los Angeles.

It’s a very nifty little way to break into the media space.  If you look carfuelly the next time your on Twitter, you might see their live feed there, as I see it quite often myself.  Well done guys, keep up the good work.