Dubai Tests Passenger Drone Taxis, and This Shit Is Trippy 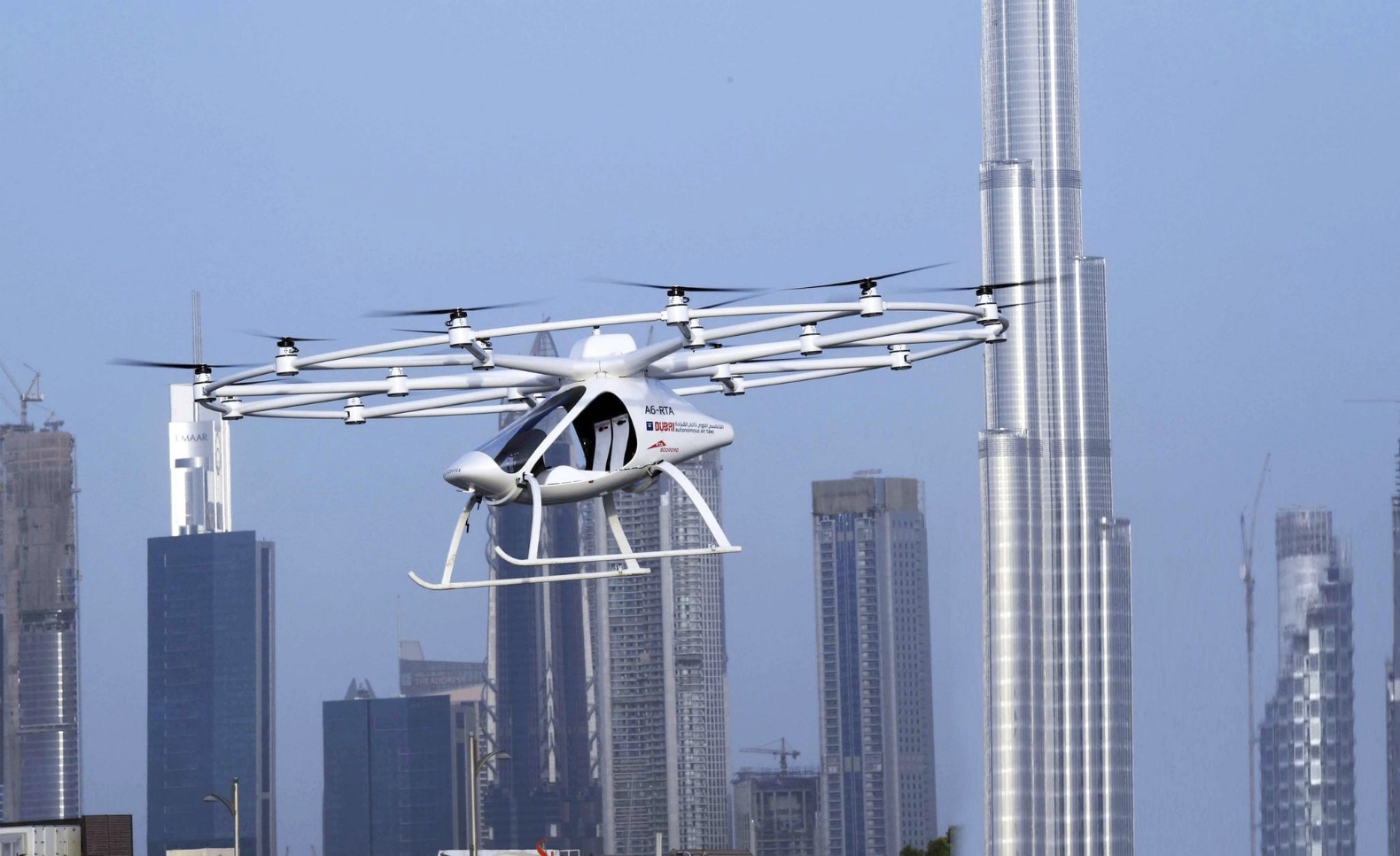 The Dubai Civil Aviation Authority (DCAA) has begun testing passenger drone taxis, a project it hopes to roll out within the next five years.  The air taxis are built by German company Volocopter and look like a helicopter but have drone rotors.

On Monday, Dubai conducted its first test over a windy residential area in the city. The automated vehicle, which lifts and lands vertically like a helicopter, whisked Dubai Crown Prince Sheikh Hamdan bin Mohammed away for a five-minute flight 200 meters above a patch of sand.

After the test flight, Sheikh Hamdan said in a statement: “After the remarkable success of the first driverless metro in the region, we are glad to witness today the test flight of the Autonomous Air Taxi.”

He said: “This is another testament to our commitment to driving positive change. We are constantly exploring opportunities to serve the community and advance the prosperity and happiness of society.”


According to Reuters, the ultimate goal is a 30-minute trip with people inside, their confidence buoyed by numerous safety measures including back-up batteries, rotors and, just in case, a pair of parachutes.  The taxis plan on entering services under Dubai’s Road and Transport Authority (RTA), one of the most aggressive local transit authorities in the world when it comes technological innovation. It hopes to transition at least one-fourth of its passenger travel to autonomous transportation by as early as 2030.

Reuters reported that Dubai envisions a future wherein you’ll be able to hail a flying taxi like an Uber – simply book one through an app and wait for it at a nearby “voloport.”

Volocopter chief Florian Reuter said the current model “is capable of flying based on GPS tracks,” but the company plans to “implement full sense capability” in the future. It will ensure that the machine can avoid obstacles and avoid colliding with other flying taxis on the way.