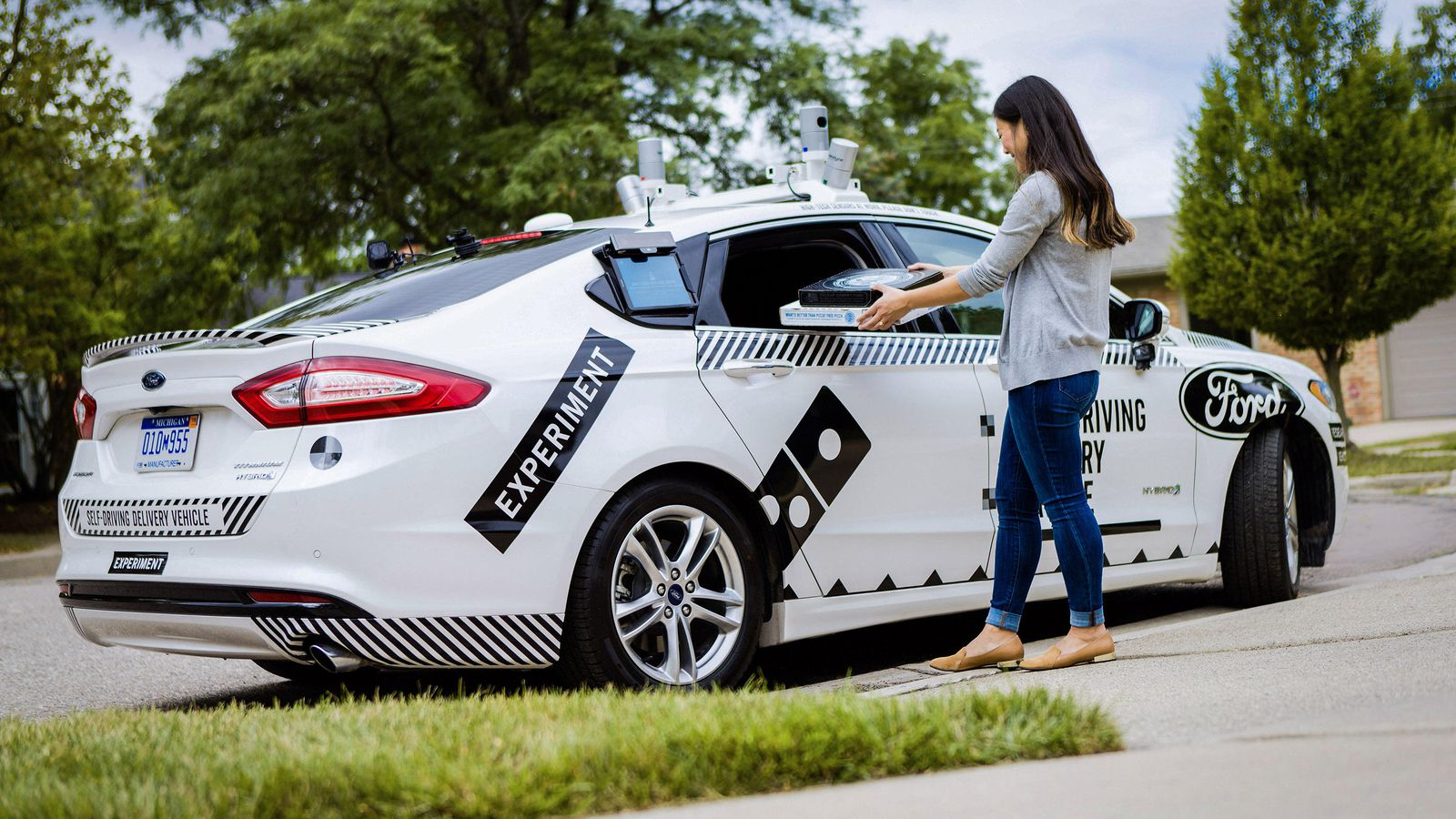 Ford and Domino’s Pizza are teaming up to test self-driving pizza delivery cars in Michigan, as part of an effort to better understand how customers respond to and interact with autonomous vehicles.

In the coming weeks, randomly selected Domino’s customers in Ann Arbor, Michigan will have the option to accept pizza deliveries from a Ford Fusion Hybrid autonomous research vehicle. But the car won’t be driving itself.

Each car will be driven by a Ford safety engineer, with other researchers onboard, who will zero in on the last 50 feet of the customer experience.

Those who participate in the test can track their order through a Domino’s app and will receive a unique code that matches the last four digits of their phone number to be used to unlock the so-called Heatwave Compartment — a container that keeps pizzas warm in the back of the car. Information will be communicated through screens and speakers on the exterior of the cars.

Areas of focus include how willing are people to come outside to pick up their orders, the way they approach the car, and how they interact with the screen outside of the vehicle to get the food.

Ford, like many other carmakers, has invested heavily in autonomous technology, with an eye toward bringing self-driving cars to market by 2021. Earlier this year, the company announced plans to invest $1 billion in Argo AI, an artificial intelligence startup.

Domino’s has experimented with different (and sometimes gimmicky) delivery technologies, as well, including a Siri-like digital assistant that can receive orders and a fleet of delivery robots.