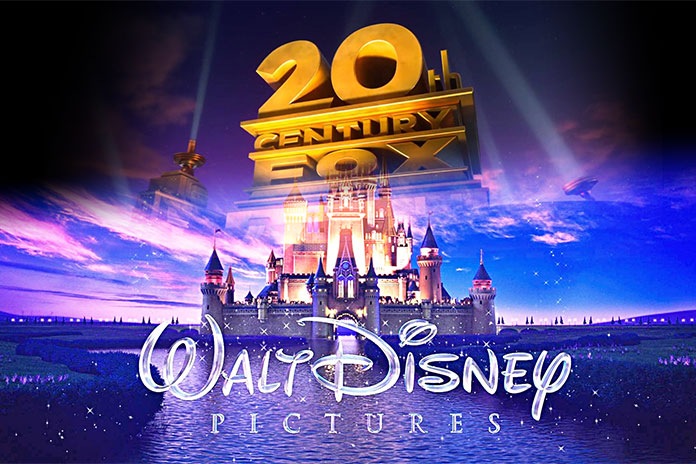 And the media landscape continues to shrink, as 21st Century Fox has agreed to an improved offer from The Walt Disney Co. worth $38 a share, up from $28 a share which was agreed upon in December. This valuation is a $3 premium over Comcast’s $35 a share all-cash offer that they made just last week.

The new offer from Disney is valued at $71.3 billion and is a 50/50 stock and cash split according to The Wall Street Journal.  Comcast is unlikely to beat this offer as their current $65 billion all-cash offer would load the company with debt.

This agreement of a new deal is a huge blow to Comcast. Fox management was meeting today to evaluate the Comcast offer, which Comcast claims was superior to Disney’s offer. Although, the value of Disney’s all-stock offer had increased since December because the value of Disney stock has risen since then.

In response to this new offer, Fox has postponed its July 10th “special meeting with shareholders” to a later date. This meeting was scheduled so that shareholders could vote on the proposed Disney-Fox merger.

Disney’s original deal with Fox in December was worth $52.4 billion and was an all-stock offer. 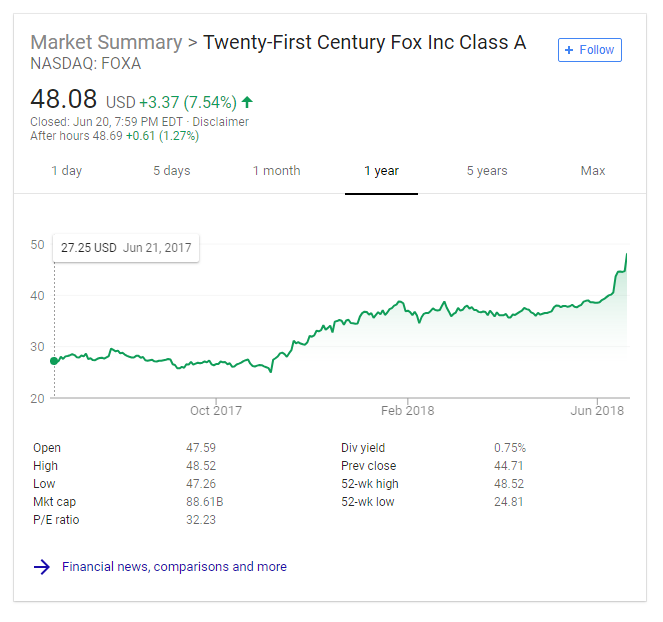