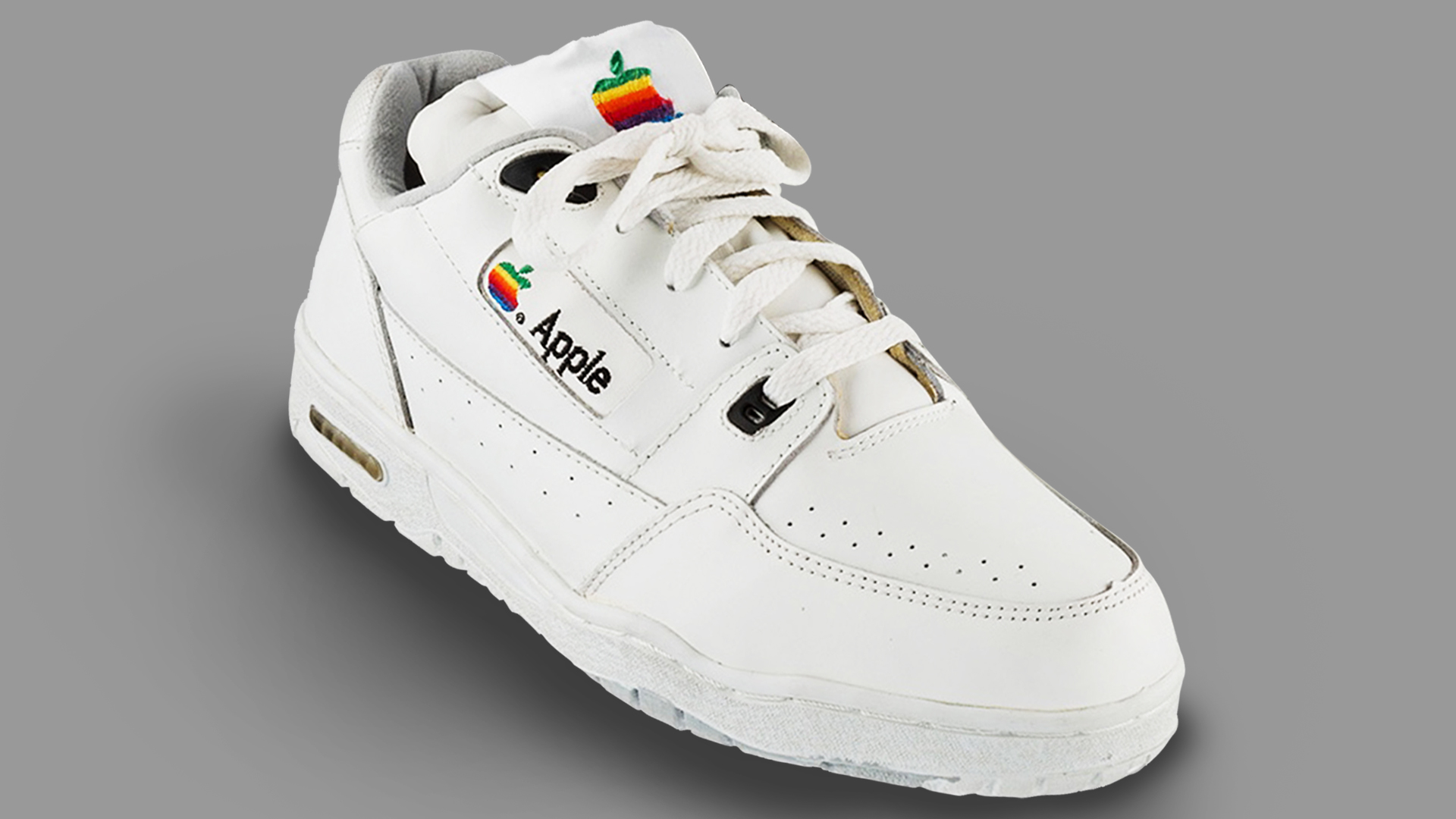 Apple is an industry leader in phones, computers, and tablets, yes, but back in the ’90s, the tech company also had its eye on another market: the fashion industry. In fact, the tech company made so many different sweaters and hats and shirts that it had a clothing catalogue. They even took a stab at sneakers, but never got very far, because this pair of sneakers never made it past the prototype stage and they were only given out to employees.

Yes, that makes them pretty rare, and that’s why Heritage Auctions is planning to list a particularly mint-looking pair on eBay beginning June 11, with a starting price of $15,000.

The pair is a size 9 1/2, and the auction host estimates that they’ll ultimately go for around the $30,000 mark. In terms of style, the shoe looks simple but effective: It’s a mainly white low-cut sneaker, with the rainbow Apple logo on the tongue and further branding on the shoe’s outer side.

Considering the wide variety of other clothing items Apple managed to sell, it’s a bummer that these never made it to market, because they actually don’t look that bad. Fashion is cyclical and nobody seems to be getting tired of the constant ’90s revival, so a super ’90s Apple-only outfit could actually be pretty stylish today.

Would you wear a pair of Apple sneakers, or are they a bit too plain for your taste? Because I totally would.  Talk about SWAG!