Machine learning and artificial intelligence have, for a couple years, been hailed as the death to almost everything you can imagine: The information we consume, the way we vote, the jobs we have, and even our very existence as a species. So maybe it’s welcome news that the newest application of ML from Google, worldwide leaders in machine learning, isn’t to build a new Mars rover or a chatbot that can replace your doctor. Rather, its a tool that anyone can use to generate custom emoji stickers of themselves. 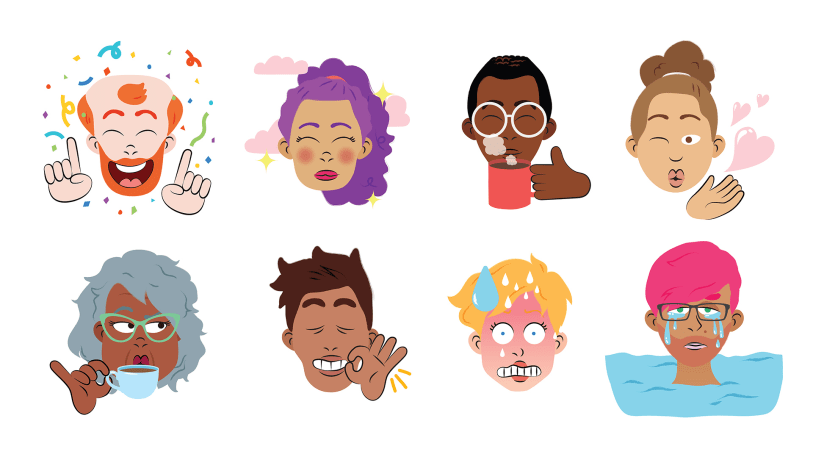 It lives inside of Allo, Google’s ML-driven chat app. Starting today, when you pull up the list of stickers you can use to respond to someone, there’s a simple little option: “Turn a selfie into stickers.” Tap, and it prompts you to take a selfie. Then, Google’s image-recognition algorithms analyze your face, mapping each of your features to those in a kit. There are, of course, literally hundreds of eyes and noses and face shapes and hairstyles and glasses available. All told, Google thinks there are 563 quadrillion faces that the tool could generate. Once that initial caricature is generated, you can then make tweaks: Maybe change your hair, or give yourself different glasses. Then, the machine automatically generates 22 custom stickers of you.

The tool originated with an internal research project to see if ML could be used to generate an instant cartoon of someone, using just a selfie. Selfies are, by definition, idealizations of yourself. Emoji, by contrast, are distillations and exaggerations of how you feel. To that end, the emoji themselves are often hilarious: You can pick one of yourself as a slice of pizza, or a drooling zombie.

The project represents a long-running priority at Google—to figure out new ways that it can apply ML to broader and broader swathes of experience. The logic, for Google, is alluring: Google leads the world in ML, so if it can make ML into a must-have feature for apps and websites, then its products will be able to leapfrog competitors. Along those lines, Allo has become a test bed for all kinds of novel ML applications.

Which maybe sounds a little scary, as if Allo is trying to replace us as a conversational necessity altogether? But in practice, the applications seem almost inevitable. When someone sends you a message, Allo will suggest quick one-tap replies based on your conversation history. Or, if you’re having a group chat, Allo uses ML to bring up an automatic, bespoke list of funny GIFs to send in response. The idea is, it’s augmenting your abilities, rather than taking them over.